At least one person was killed in the collapse, and 51 residents of the building were unaccounted for.

A major search-and-rescue effort was underway on Thursday morning after the partial collapse of a high-rise residential building in Surfside, Fla., just north of Miami Beach. At least one person was killed, the authorities said, and many more fatalities were feared.

“We are bracing for some bad news, just given the destruction that we’re seeing,” Gov. Ron DeSantis of Florida told reporters.

Commissioner Sally Heyman of Miami-Dade County said county officials informed her that as of 10 a.m., 51 people who own units in the building had not been accounted for. That did not mean they were missing, she said, just that the authorities had not been able to reach them. She added that not all of the units may have been occupied by full-time residents.

Daniella Levine Cava, the mayor of Miami-Dade County, said that about half of the 136 units in the 12-story tower had collapsed. “We’re going to do everything we can possibly do to identify and rescue those who have been trapped in the rubble,” the mayor said at a news conference Thursday morning.

About 35 people were rescued from the building, and two were pulled from the rubble, Ray Jadallah, a Miami-Dade Fire Rescue assistant fire chief, said at the news conference. Chief Jadallah said the northeast corridor of the building had collapsed around 1:30 a.m. “We don’t have the total missing — we haven’t established that,” he said.

“A number of people” were rushed to nearby hospitals, a police spokesman said. At least two people were in critical condition, according to a spokesman for Aventura Hospital and Medical Center.

Charles W. Burkett, the mayor of Surfside, told the “Today” show on NBC that he had heard from the police that medical teams had treated 10 people at the site. He said dogs had been searching for people trapped under the rubble since 2 a.m.

“Just tragically, there haven’t been any hits from the dogs, and that’s a great disappointment,” he said. “Apparently, when the building came down, it pancaked. So there’s just not a lot of voids that they’re finding or seeing from the outside.”

Lisandro Sabanés, a spokesman for Argentina’s foreign ministry, said at least four Argentine citizens who were in the building are unaccounted for. Three of them were members of a household, he said. 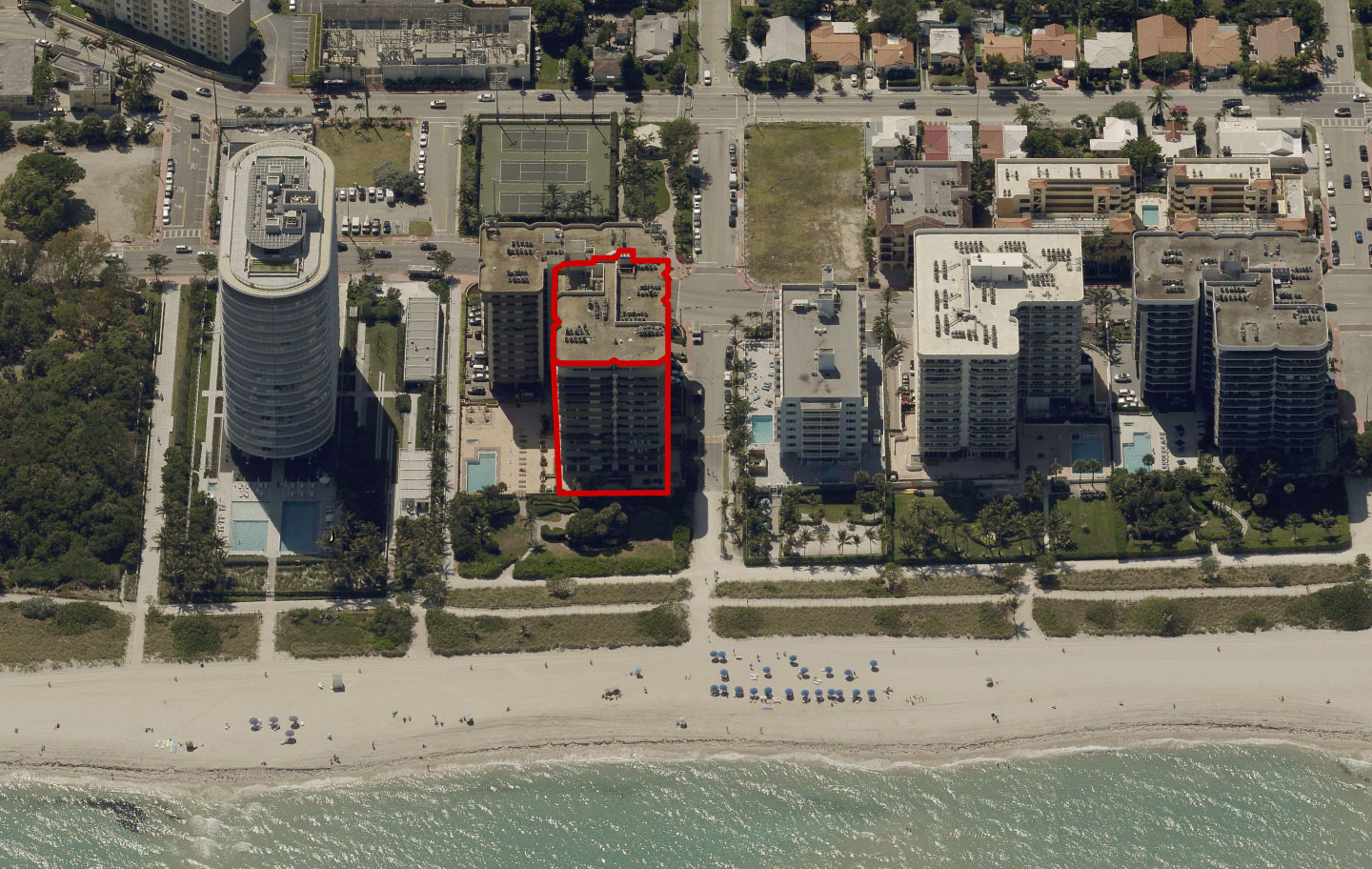 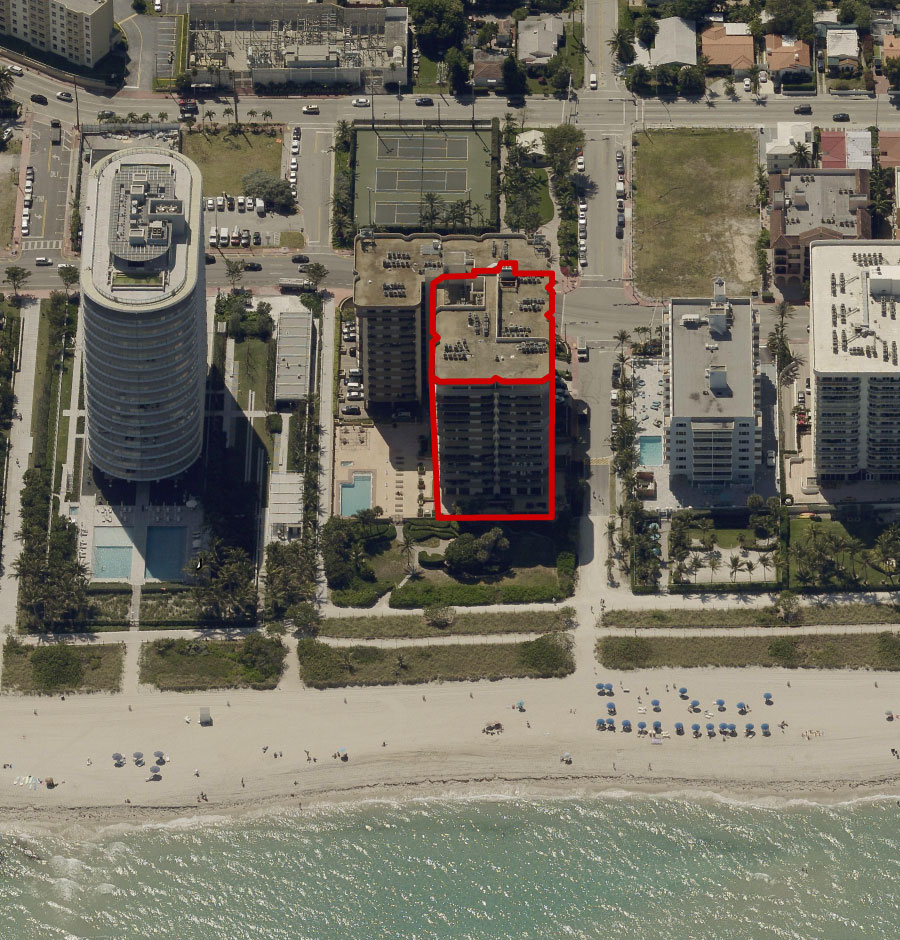 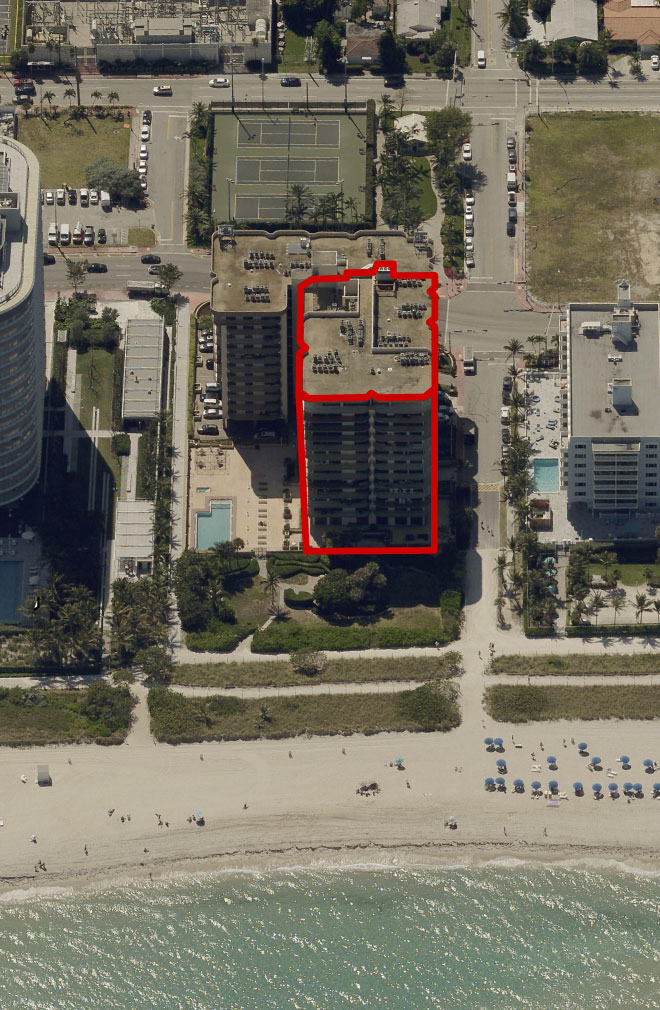 The beachside building, at 8777 Collins Avenue, is called Champlain Towers South and was built in 1981, according to county property records. It has 136 units, according to to the Miami-Dade property appraiser.

Images from WPLG Local 10, a Miami TV station, showed firefighters pulling a boy from the rubble amid piles of debris and rebar. They also showed crews rescuing at least one person from a balcony on a lower floor of the part of the building that was still standing.

Several witnesses described the scene of the collapse on Thursday.

Barry Cohen, 63, told reporters that he was fast asleep when he heard “a huge crash, which I thought was a crash of lightning.”

But the sound continued for 15 to 20 minutes, prompting him and his wife to look out from their third-floor balcony. A police officer told them to stay inside because officials did not yet know what had happened.

“We went to leave the apartment, and I opened up the door that goes into the hallway, and there was a huge pile of just rubble,” said Mr. Cohen, a former Surfside vice mayor. He and his wife were eventually rescued by the fire department along with one or two more of his neighbors.

Nicholas Balboa, 31, said he was outside at about 1:30 a.m. when he heard a rumble. He thought it was thunder at first — and then felt the ground shake.

“I went up the street and saw the dust cloud going through the corridor of buildings,” said Mr. Balboa, who lives in Phoenix but was visiting his father in Surfside. He raced toward the sound and saw the partially collapsed building.

Emergency crews had started to arrive. Mr. Balboa walked toward the site to get a better look. That’s when he heard a boy call out for help.

The boy said his mother had been with him, but Mr. Balboa heard no other voices. Using the flashlight on his cellphone, Mr. Balboa flagged a police officer, who rushed toward them with a rescue crew.

The crew dug through debris and used a saw to get the boy out, Mr. Balboa said. “It was surreal. I can’t believe that a building that’s made out of concrete and supposed to stand up to hurricanes and weather just one night decided to collapse,” he said. “To be completely honest, the comparison, the stark image that I had in my mind, was 9/11, just seeing all that debris and rubble.”

Fiorella Terenzi, an associate professor at Florida International University who lives in a neighboring building, Champlain Towers East, said she was woken up by a loud noise.

The sound “was like a big thump all of a sudden,” she said. At first she thought it was thunder but then started to hear sirens. When she left the building, dust was everywhere.

“I could see that half of the building of the Champlain Towers South was collapsed like a sandwich,” said Ms. Terenzi, 59, who has lived in the east tower since 2000. “It really was a shocking view.” Ms. Terenzi said she had seen heavy equipment on the roof of the south tower for the past two weeks.

Hours after the building’s collapse on Thursday, photos and videos captured by witnesses and surveillance cameras were posted on social media:

JUST IN: 7News has obtained surveillance video of the moment the Champlain Towers South Condo collapsed in Surfside early this morning.

According to a fire official, 35 people were pulled from the collapsed building. Search and rescue efforts ongoing. https://t.co/Ac7KgnJOSO pic.twitter.com/oeczbumRG9

Skycam footage captures partial collapse of a multi-story condominium building in #Miami, FL around 2 a.m. It is unknown how many were in the building at the time of collapse. Still an active seen. pic.twitter.com/y92CqlQrhj