A consultant in 2018 urged the managers to repair cracked columns and crumbling concrete. The work was finally about to get underway when the building collapsed. 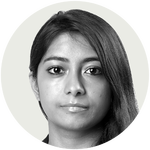 Three years before the deadly collapse of the Champlain Towers South condominium complex near Miami, a consultant found alarming evidence of “major structural damage” to the concrete slab below the pool deck and “abundant” cracking and crumbling of the columns, beams and walls of the parking garage under the 13-story building.

The engineer’s report helped shape plans for a multimillion-dollar repair project that was set to get underway soon — more than two and a half years after the building managers were warned — but the building suffered a catastrophic collapse in the middle of the night on Thursday, trapping sleeping residents in a massive heap of debris.

The complex’s management association had disclosed some of the problems in the wake of the collapse, but it was not until city officials released the 2018 report late Friday that the full nature of the concrete and rebar damage — most of it probably caused by years of exposure to the corrosive salt air along the South Florida coast — became chillingly apparent.

“Though some of this damage is minor, most of the concrete deterioration needs to be repaired in a timely fashion,” the consultant, Frank Morabito, wrote about damage near the base of the structure as part of his October 2018 report on the 40-year-old building in Surfside, Fla. He gave no indication that the structure was at risk of collapse, though he noted that the needed repairs would be aimed at “maintaining the structural integrity” of the building and its 136 units.

Kenneth S. Direktor, a lawyer who represents the resident-led association that operates the building, said this week that the repairs had been set to commence, based on extensive plans drawn up this year.

“They were just about to get started on it,” he said in an interview, adding that the process would have been handled much differently if owners had had any indication that the corrosion and crumbling — mild instances of which are relatively common in many coastal buildings — were a serious threat.

But Eliana Salzhauer, a Surfside commissioner, said that while the cause of the collapse was unknown, it appeared to her that the problems identified by the engineer in the 2018 report could have contributed to the structural failure.

“It’s upsetting to see these documents because the condo board was clearly made aware that there were issues,” Ms. Salzhauer said. “And it seems from the documents that the issues were not addressed.”

Investigators have yet to identify the cause and are still awaiting full access to a site where rescue crews have been urgently sifting through an unstable pile of debris for possible survivors. Experts said that the process of assessing possible failure scenarios could take months, involving a review of individual building components that may now be buried in debris, the testing of concrete to assess its integrity and an examination of the earth below to see if a sinkhole or other subsidence was responsible for the collapse.

The building was just entering a recertification process — a requirement for such 40-year-old structures that have endured the punishment of coastal Florida’s hurricanes, storm surges and the corrosive salty air that can penetrate concrete and rust the rebar and steel beams inside.

The 40-year requirement was put in place after a previous building collapse in Miami, in 1974.

Mr. Morabito, who declined to comment this week, wrote in the 2018 report that the goal of his study was to understand and document the extent of structural issues that would require repair or remediation.

“These documents will enable the Condominium Board to adequately assess the overall condition of the building, notify tenants on how they may be affected, and provide a safe and functional infrastructure for the future,” he wrote.

At the ground level of the complex, vehicles can drive in next to a pool deck where residents would lounge in the sun. Mr. Morabito in 2018 said that the waterproofing below the pool deck and entrance drive was failing, “causing major structural damage to the concrete structural slab below these areas.”

The report added that “failure to replace the waterproofing in the near future will cause the extent of the concrete deterioration to expand exponentially.” The problem, he said, was that the waterproofing was laid flat, not sloped in a way that would allow water to run off, an issue he called a “major error” in the original design. The replacement would be “extremely expensive,” he warned, and cause a major disturbance to residents.

In the parking garage, which largely sits at the bottom level of the building, part of it under the pool deck, Mr. Morabito said that there were signs of distress and fatigue.

“Abundant cracking and spalling of varying degrees was observed in the concrete columns, beams, and walls,” Mr. Morabito wrote. He included photos of cracks in the columns of the parking garage as well as concrete crumbling — a process engineers refer to as “spalling” — that exposed steel reinforcements on the garage deck.

Mr. Morabito noted that previous attempts to patch the concrete with epoxy were failing, resulting in more cracking and spalling. In one such spot, he said, “new cracks were radiating from the originally repaired cracks.”

The report also identified a host of other problems: Residents were complaining of water coming through their windows and balcony doors, and the concrete on many balconies also was deteriorating.

After watching a surveillance video showing the collapse of the building, Evan Bentz, a professor at the University of Toronto and an expert in structural concrete, said that whatever had caused the collapse would have to have been somewhere near the bottom of the building, perhaps around the parking level. Though he had not seen the 2018 report at the time, he said such a collapse could have several possible explanations, including a design mistake, a materials problem, a construction error or a maintenance error.

“I’d be surprised if there was just one cause,” Mr. Bentz said. “There would have to be multiple causes for it to have fallen like that.”

There have been other concerns raised about the complex over the years. One resident filed a lawsuit in 2015 alleging that poor maintenance had allowed water to enter her unit through cracks in an outside wall. Some residents expressed concern that blasting during construction at a neighboring complex had rattled their units.

Researchers analyzing space-based radar had also identified land subsidence at the property in the 1990s. The 2020 study found subsidence in other areas of the region, but on the east side of the barrier island where Surfside is, the condo complex was the only place where the issue was detected.

Proposed in the late 1970s, the Champlain Towers South project had its architectural and structural designs completed in 1979, according to records. At the time, people were flocking to live and play in South Florida, and developers were looking to build larger complexes that could put people right at the beachfront.

A nearly identical companion property — Champlain Towers North — was built the same year, a few hundred yards up the beach. It was not immediately clear whether any of the issues raised by the engineer in the south project had also been found in the other buildings.

Surfside’s mayor, Charles W. Burkett, said on Friday that he was worried about the stability of the north building but did not feel “philosophically comfortable” ordering people to evacuate.

“I can’t tell you, I can’t assure you, that the building is safe,” he said at a town commission meeting.

The collapse has stunned industry experts in the Miami area, including John Pistorino, a consulting engineer who designed the 40-year reinspection program when he was consulting for the county in the 1970s.

He touted other regulations that have come since, including requirements that tall buildings have an independent engineer verify that construction is going according to plans.

Mr. Pistorino did not want to speculate on the cause of the collapse. But he said that while some buildings in the region have had quality problems, any serious deficiencies were unusual, and were typically easy to detect by way of glaring cracks or other visible problems.

“This is so out of the norm,” Mr. Pistorino said. “This is something I cannot fathom or understand what happened.”

James Glanz and Joseph B. Treaster contributed to this report.

Can Summer School Help Kids After the Pandemic?