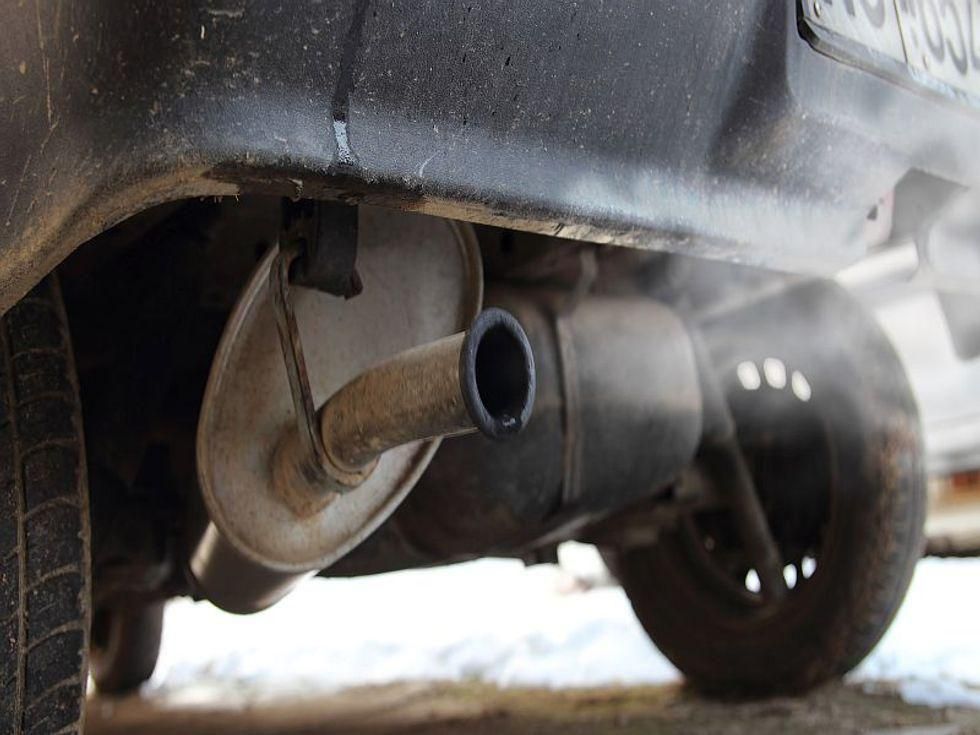 The good news: Levels of lead in the air that Londoners breathe are far lower today than they were in the 1980s, when leaded gas was an automotive staple.

The bad news: Decades-old lead particles still pollute the city's air, a stubborn and potentially hazardous leftover of a now banned product. The findings might have implications for the health of city dwellers globally.

In the study, researchers measured airborne lead concentrations in two locations in central London between 2014 and 2018. That data was then compared to lead levels repeatedly taken between the 1960s and 2010.

The United Kingdom banned the sale of leaded gas in 2000, in recognition of the widely accepted consensus that exposure to airborne lead is unsafe at any level. Today, most countries have similar bans in place.

The analysis revealed that annual average airborne lead concentrations did plummet -- from 500 to 600 nanograms (ng) per cubic meter of air back in the 1980s to just 20 ng per cubic meter by 2000.

But the research team also found that airborne lead levels stopped declining further over the last decade, holding steady at an average of 8 ng per cubic meter. Forty percent of that lead pollution is likely a direct legacy of leaded gas, in the form of lead-contaminated dust that continuously kicks back up into the air, the researchers said.

"The use of lead in petrol has ceased in most countries worldwide because of evidence that exposure to lead causes neurodevelopmental problems in children, and cardiovascular, kidney and reproductive problems in adults," explained study author Eléonore Resongles.

Yet, "despite the leaded petrol ban, historically combusted lead is still present in London's air more than 20 years later," said Resongles, a research officer with the Research Institute for Development at HydroSciences Montpellier, in Montpellier, France.

As to what this might mean for the health of Londoners or beyond, Resongles did stress that "lead levels are now low, and below air quality targets in London."

But at the same time, she cautioned that because "there is no 'safe' threshold for lead in human blood," the findings do "raise questions about long-term lead contamination," not only in London, but in other cities as well.

Two researchers not involved in the study weren't surprised by the findings and had a similar level of concern.

"I am not surprised to see that the lead levels in the air have not changed," said Dr. Jennifer Sample, a pediatrician and medical toxicologist, and former chair of the American Academy of Pediatrics' Council on Environmental Health.

"The time it takes for half of the lead to decay is 4 billion years," Sample noted. "Thus, lead in the environment doesn't go anywhere once it is there."

And it's not just Londoners who should be concerned, she said, noting that a similar dynamic is likely affecting "the air concentrations of lead in most urban settings — developed and undeveloped countries — wherever leaded gasoline was used."

And that's a potentially big problem, she added, because "lead is a potent toxin to the developing brain, which means that young children are at greatest risk. Lead has been linked to speech and other developmental delays as well as having problems later in school. Other organs can be affected including the blood, nervous system and kidneys in children and adults."

Dr. Bruce Lanphear, a professor of health sciences with Simon Fraser University in Vancouver, offered an even grimmer view.

"Lead toxicity represents the largest mass poisoning in human history," he said. "No safe level of lead exists. For children, we find steep decrements in IQ scores and diminished academic abilities down to the lowest measurable concentrations. For adults, we find a rapid increase in the risk of deaths from coronary heart disease beginning at the lowest concentrations."

So, what can be done?

According to Resongles, "If the current lead levels prove harmful, then measures could be taken to target the sources of the lead in soil and on roads. Possible measures to lower lead levels include covering contaminated urban soils with fresh soil, which has been effective in reducing children's blood lead levels in U.S. cities."

"In order to 'clean' the air, the source needs to be removed. This can be done by planting grass on open soil areas, preventing the airborne particles or remediating the area by removing the soil. The soil would need to be moved to a safe area such as using for buried soil — under the topsoil — of other sites. [But] it should not be used for gardening or farming the land, as lead can be incorporated into the growing plant."

Resongles and her colleagues published their findings June 21 in the Proceedings of the National Academy of Sciences.